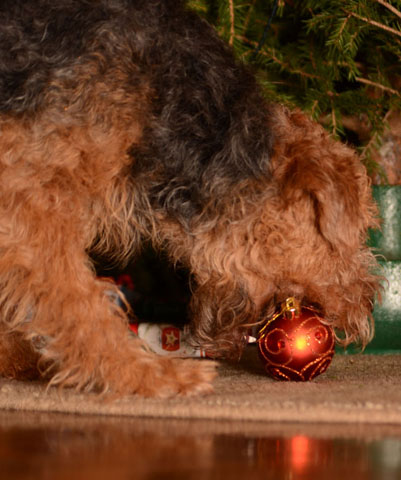 Puppies are expected around 22nd February. Both parents are just fabulous in temperament. I trust this couple will have very nice puppies together. More soon on puppy page.

My sincere thanks to Kasia and her family for their hospitality!

This was made possible by handlers Ekku, Miira, Terhi and Irmeli. Thank you very, very much! 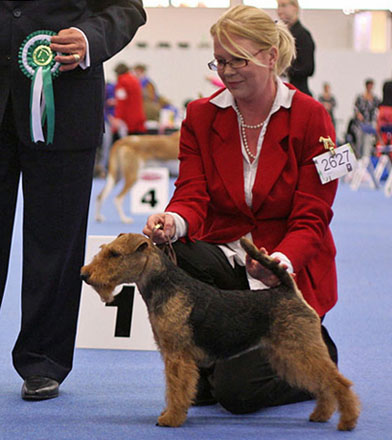 "Rush" and his owner Irina are also doing agility with success!

Passionate agility dog "Terttu" has passed away. She is missed by Mikko Rautala and his family. So sorry to hear about your loss. 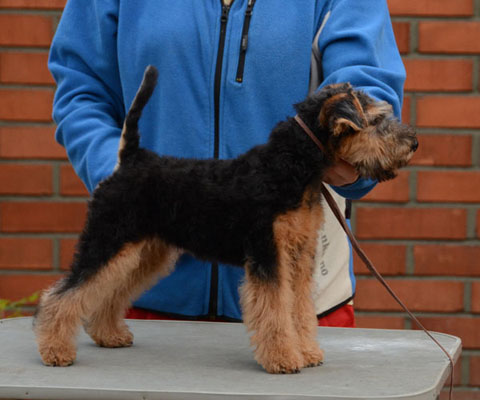 Ruuti is co-owned with Soile Mustjärvi-Riihelä who has done here her very first Welsh grooming.

Nice start I would say!

"Papu" has a better life on the rainbow bridge.

She was a joy to my parents for several years and they are greatly missing her.

That was easy! Congratulations!

C.I.B for Ch Vicway Boadicea is now confirmed by FCI

C.I.B for Ch Vicway Nirvana is also confirmed by FCI

Vicway Euphoria "Riia" now has all the results needed to take part to the Finnish Nationals 2012.

Vicway Nirvana "Kirppu" and Terhi Kaitila also have results for the Finnish National and also for the World Champion qualification competition for 2012!

Vicway Nostradamus "Onni" and Leena Koivula have done a great job and moved to class medium-3 this fall.

This trio comes from the same litter!

and again among 7 finalists in the Group.

Riia also made a "double clear" (two clear courses at the same trial). This is needed to qualify to the Finnish Nationals 2012.

"Kirppu" was the only representative from this kennel. Unfortunately the show was held on a day when it was impossible for me to take part. Luckily Terhi was ready to take main responsibility of Kirppu's preparing and handling. Thank you!

"Riia" was again picked up in the Group but didn't quite place herself.

"Kirppu" was in Turku with her co-owner who has done a lot of work with trimming Kirppu this summer. 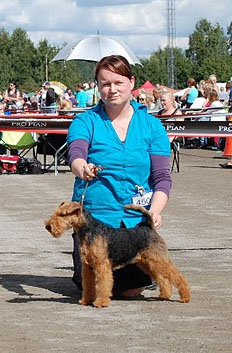 Vicway Silver Bird "Papu" took her first steps in the world of agility trials. She ran two clear courses and won both her classes! Papu was expertly handled by her owner Hanna Kovanen.

"Riia" was among the 6 finalists in the Terrier Group.

"Riia" is the third member of a strong line of Vicway females finishing the C.I.B title this summer! The other two are Vicway Boadicea and Riia's full sister Vicway Nirvana. 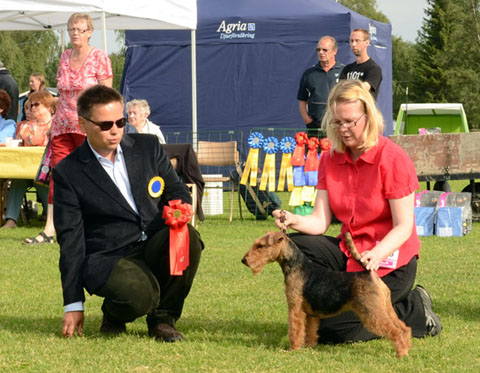 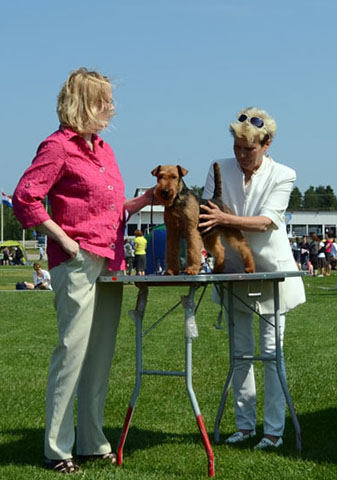 Ultrasound showed that Vicway Boadicea "Vilppu" is expecting a litter to be born at the beginning of August. Sire is C.I.B Ronesco Talisman.

This time news from Estonia where Anne, Miira and Pekka were showing their dogs with excellent results! Their trip resulted in two new Estonian Champions and one new International Champion, the second this month for Vicway Welsh Terriers. Now "Vilppu" can take a well deserved break for maternal duties. 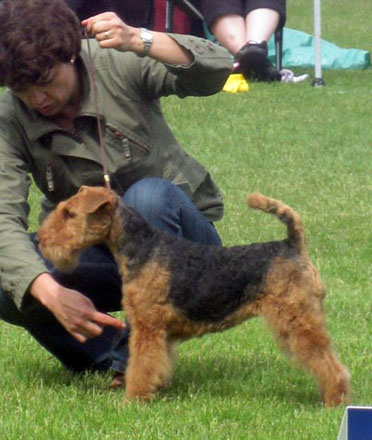 Last weekend was again a busy one. Vicway Welsh Terriers were attending both beauty and brains competitions. Due to active co-owners it's possible to make good results in many places at the same time!

Beauty-part was this time on "Kirppu's" shoulders with marvelous results, while her sister "Riia" and mom "Killi" represented in agility (brain-part)!

This time trimmed and handled by her co-owner Terhi Kaitila.

Vicway Valkyria "Killi" third with a clean run in small-3 class in Ylöjärvi 6.6.2011 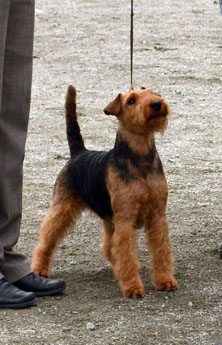 Now her superb temperament is proven to be true! She was very happy through the whole test, no matter what happened. 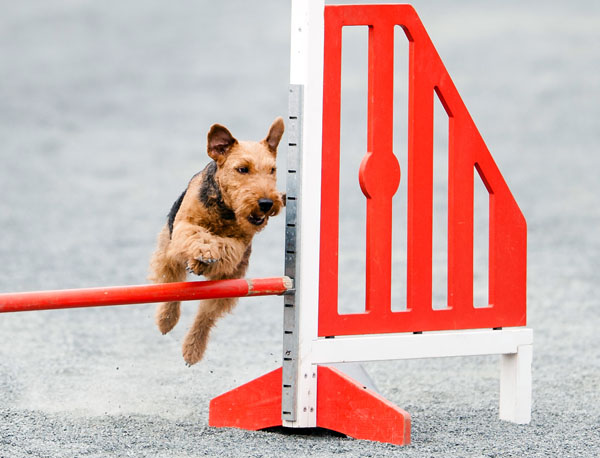 Riia on her way to class win - Photo Jukka Pätynen

This show season has now started and the first two shows are behind now.

We had three Welsh bitches entered in two shows, each in one. They all had a great start for the season! 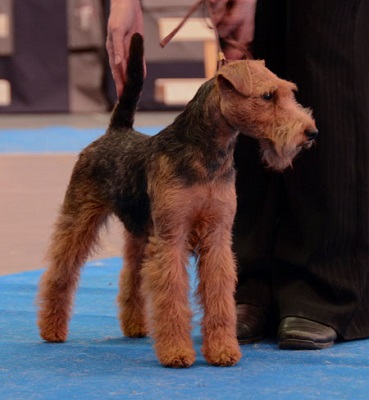 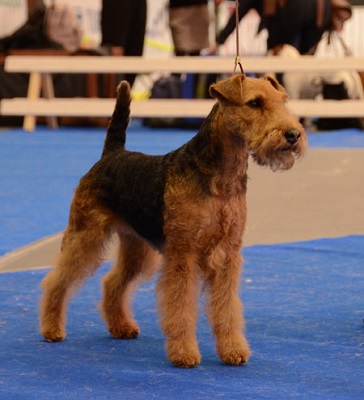 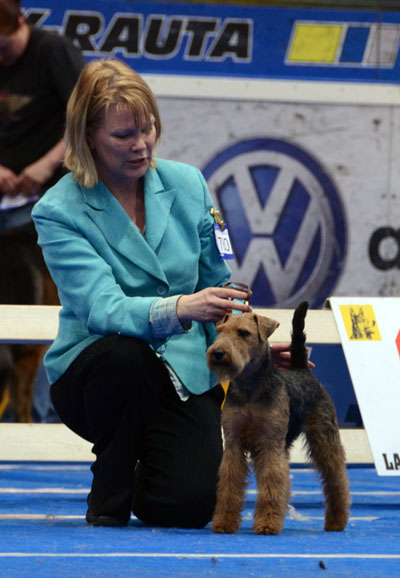 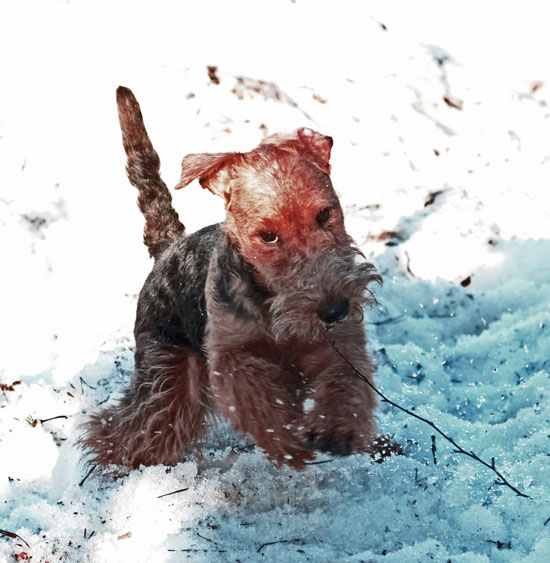 The brightest star of the year was beautiful Vicway Nirvana co-owned with Terhi Kaitila. Terhi has done a great job with handling and preparing. Enormous thanks for the great job done! 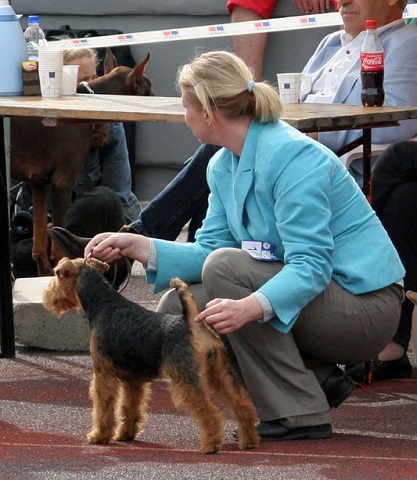