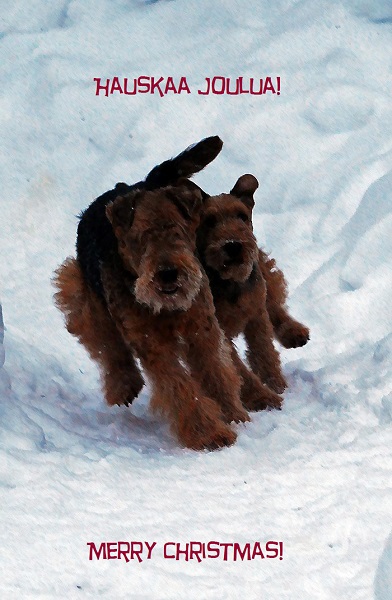 Sisters on the road again, first time shown in the same place. And as you can see, the results are outstanding and shared equally!

Vicway Out Of The Blue "Roope" won medium-3 class with a clear course.

The title of C.I.B has been confirmed for Ch Vicway Balrog.

No great performances. I can't remember the last time I failed six courses in row. Despite this Vicway Valkyria "Killi" won both of her classes and Vicway Out Of The Blue "Roope" won one. Vicway Euphoria "Riia" came second on her course, lost only to her mom.

Thanks to the fellow competitors for the warm welcome!

BOS, CC, BOB-veteran, NO & Nord Ch Vicway Out Of The Blue, first time in veteran class at the age of 10,5 years 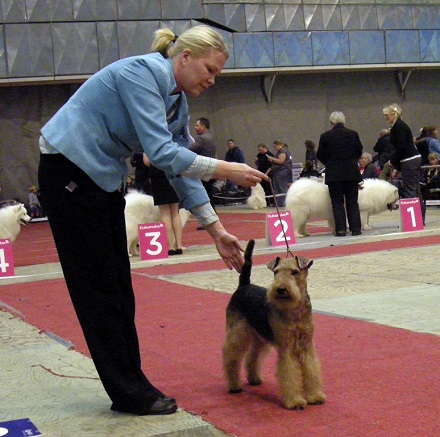 C.I.B Vicway Out Of The Blue "Roope" - Photo Jari Närhi

Vicway Euphoria "Riia" won her class twice with nice clear courses. Still one more good result and she moves on to class 3.

We also send our warmest congratulations to the gold team ATD! Riia's littermate Vicway Nirvana "Kirppu" and her handler Terhi were involved with their great success.

Vicway Out Of The Blue "Roope" was once again part of the Järvenpään Agilityurheilijat team. This time he was the only team member to make a clean run.

Vicway Look "Ruttu" and Vicway Valkyria "Killi" were part of the Finnish Welsh Terrier Club's team. Ruttu made a beautiful run but had a fault on the dog walk. Killi made the run of her life with a clear course. She was the dog to do the final run and there was a big audience and the atmosphere was very excited. I think she just loved the big audience!

Vicway Look "Ruttu" ran her last competitions. She took part in several courses, including the international competition where she placed 10th out of 44 dogs. Great job for a 12,5 year old dog!

Ruttu is now retired. Maybe some agility for fun, but no more.

Ruttu's granddaughter Vicway Euphoria "Riia" started her agility career at the same trials where Ruttu ended hers. She had a marvelous start and won her class. Since then she has already moved on to class 2!

And everybody knows that Riia and Kirppu, who was mentioned below, are littersisters!

Only team competition for us. We live in a different district than that where our club is located.

Vicway Out Of The Blue "Roope" again member of the Järvenpään Agilityurheilijat team. Roope and his Spanish Waterdog team members did it again! They won the hot competition by 26 hundredths of a second!

Thank you team members and thank you Roope!

Holidaytrip with family and dogs to Trondheim, Norway.

Besides her beauty Vicway Nirvana "Kirppu" is a superbly talented agility dog. Always handled with care by Terhi Kaitila. Hera are their results:

We wish good luck also to the future!

"Ruttu" 10 years in the World of Agility

Last year her team was placed 4th. She also placed 11th out of 110 competitors in small category at the World Championship qualifications at the age of 11 years last year!

Now 12 years old and still on run and very serious about it.

I'm so happy and proud to have this kind of companion! 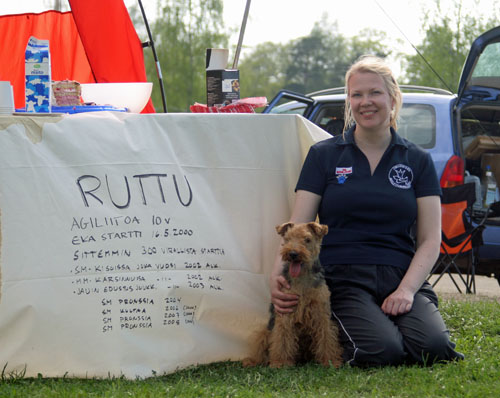 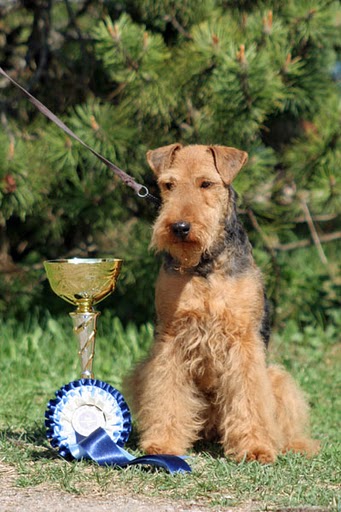 Both dogs are owned by Terhi Kaitila 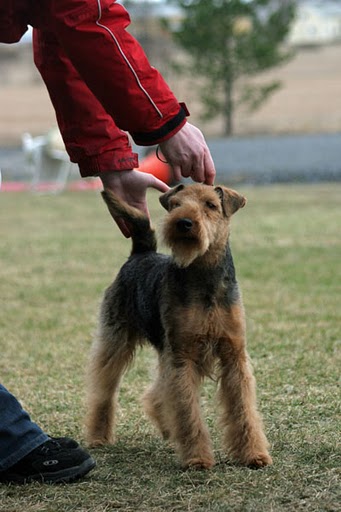 Five courses altogether, four clear ones. Granny Vicway Look "Ruttu" 12 years placed 6th and Vicway Out Of The Blue "Roope" was twice 3rd and once 5th.

Roope qualified himself to the Finnish Nationals. Ruttu is still missing the "double clear" (two clear courses at the same trials) but it's no blame on her, she is usually only entered to one course!

Thank you Irmeli for handling her!

This time it was Huuko who said goodbye to us. He left together with his lifelong companion Wire Fox Terrier "Lotta", both 15,5 years.

Huuko is greatly missed by his human family: Leena, Juha, Olivia, Leo, Viola and Silvia. Welsh Terrier Pate and Smooth Fox Terrier Helka will lighten up the day for the family.

Huuko was a very special gentleman.

Ch Vicway Valkyria "Killi" had her litter with three males and three females. So far everything is fine with the litter and mom. All the puppies are growing well.

Sire to the litter is young Honeypaws Tiznow. 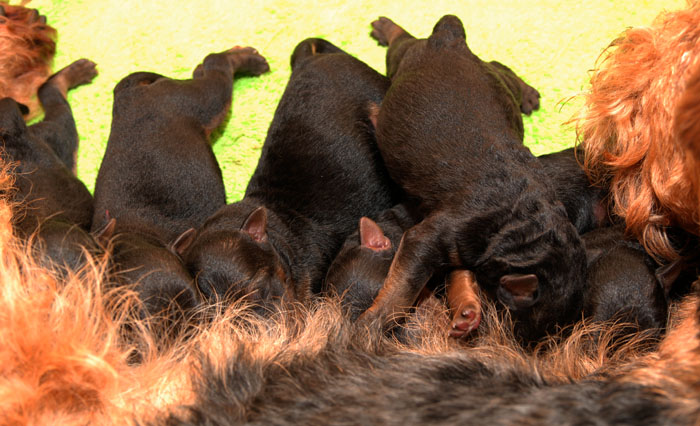