2003 news haven't been updated too well because of computer troubles. During the year I have paid more interest to agility rather than showing, although some success has also come in show scenes.

The following dogs have kept the Vicway flag flying. Many thanks to their owners!

FinJW-02 Vicway Dirty Trick took her second CC and has started her agility career with great promise. She is owned by kennel Vicway and Riikka Korvenoja, who also handles her in agility.

Vicway Inspiration took his first CC and also CACIB at the end of the year. He has also started his agility career with power. He is owned by Anne Vertanen and Pekka Ikonen.

Fin & S Ch Fin AgCh NordW-01 Vicway Look took some Group placements and one Group win at an all breed show. She also got several CACIB's during the year. She won several agility trials and gained the title of Swedish Agility Champion. 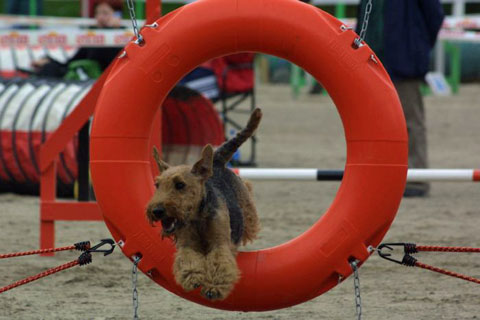 Fin & Est Ch FinW-00-01 FinJW-00 Vicway Out Of The Blue took his last CC and finished his championship titles. He also won one agility trial in Helsinki. Two of his sons (Ak Mil Vista Axel and Bartos Jump) have gained all the CACIB's for the Int Ch title. 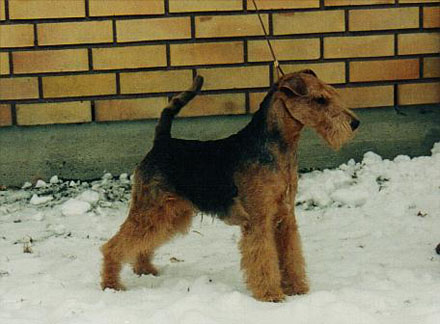